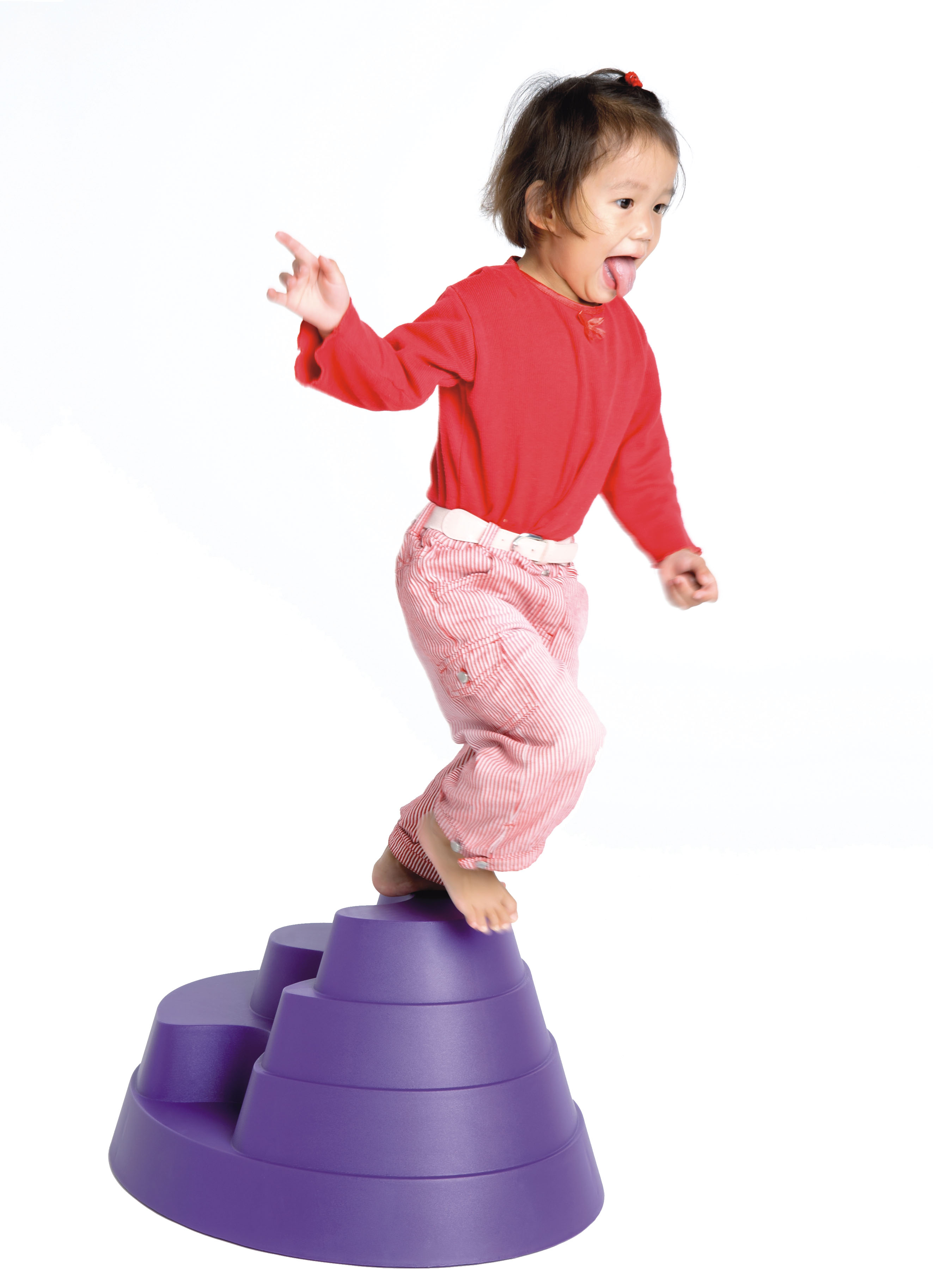 Jumping is a universal motor skill. Every child that is not severely handicapped develops the ability to jump during childhood.

Jump development:
A jump is a complex movement that most children learn, when they are 12-36 months old.
It is a counter movement. The child must first flex at the hip and knee to achieve and sense the force of a rapid upward movement and then straighten at the hip and knee to ensure that his/her feet leave the ground. The upward movement is more forceful, if the child swings his/her arms at the same time.

To begin with the child will not have sufficient balance for both feet to leave the ground simultaneously. The jump is more like a gallop. The hovering phase is curtailed, because the feet do not take off and land at the same time.

In a proper jump, the feet leave the ground simultaneously, then there is a hover phase and a landing with both feet together.

Normal jump development is as follows:

Children who overreact to vestibular stimulation have difficulty learning to jump. They are afraid of losing their balance and dare not attempt a jump, in which both feet leave the ground at once.

The vestibular centres of the brain are closely linked to happiness. If children are happy, they jump and dance around. If we get vestibular stimulation via jumping and dance, we feel happy.
This means that in addition to being a motor skill jumping is also one of the ways we communicate clearly and non-verbally that we are alive and happy.

Such stimulation is termed "passive" when the child does not stimulate himself/herself but someone else offers the stimulation and the child can focus on responding to it.

Gentle vestibular stimulation affects both physical and mental equilibrium. It can help us to find pease at both levels.
We observe that people all over the world who are in deep mourning or frustration automatically rock to and fro to calm themselves and restore equilibrium. If we seek to console someone in mourning, we will often cuddle and cradle them gently in our arms as if we were consoling a child.

David was born prematurely. He weighed just under 1 kg at birth. Due to premature birth, he has late complications in the form of a hypersensitive sensory system. He tends rapidly to become uncertain and nervous during motor activity and clearly overreacts to vestibular stimulation. David is now four years old. He is small and thin for his age and unsure of his own abilities. He still has a wide-based gait, i.e. he walks with his legs wide apart. He often falls and he is unable to jump.

David is sad that he cannot jump. He cannot take part in games with other children where they jump down from a tree stump, sandbox perimeter, etc. at the daycare facility. They are also singing games that include jumping. David refuses to take part in these, as he has realised that, in these situations, he cannot keep up. This has an adverse affect on his self-esteem.
In a therapy session, David, his mother and I agree that we will work hard to teach him to jump and I assure him that, by working together, we wil succeed.
I know that the easist hop and the first experience of hovering is when a child jumps down from an object. I build a low platform using two red tops and a blue plank from the Build N' Balance range. The plank is inserted into the lowest ridge.
David stands on the plank, but cannot muster the courage to jump down on his own. I give him a little support, holding his elbow, and now he dares to jump. We practise the jump five times, after which the jump seems effortless and David lands on both feet almost at the same time.
Now David tries to jump without my support. He succeeds and is proud as an peacock.
At the next session, David begins jumping down of his own accord. We have a chat about the challenge having become too easy and we shift the plank up to ridge no. 2. Before the end of the session, David is able to jump down from the plank in the topmost ridge.
Delighted with his success, David suddenly jumps up and down on the spot! We laugh that he already dares to jump spontaneously.

Jumping is not only a motor skill. To a great extent, it depends on having courage and a belief in one's abilities.